How Soviet Kitchens Became Hotbeds Of Dissent And Culture 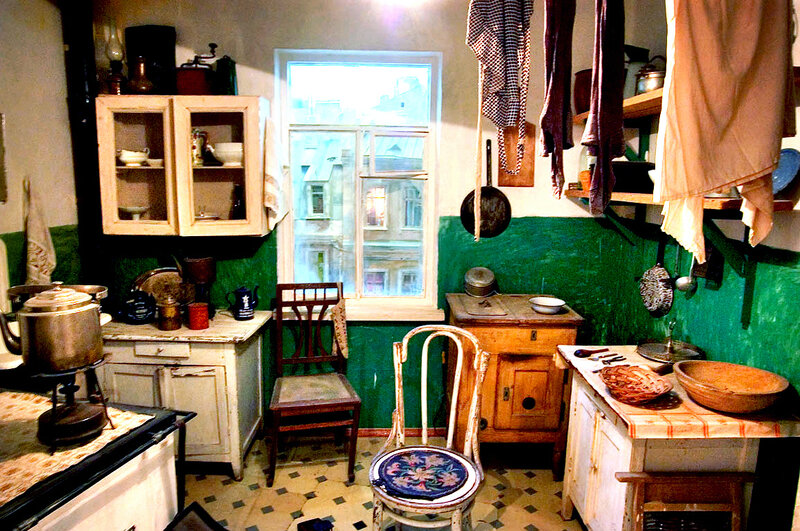 A typical Russian kitchen inside an apartment built during the early 1960s, when Nikita Khrushchev led the Soviet Union — what later became known as Khrushchev apartments.

Courtesy of The Kitchen Sisters

When Nikita Khrushchev emerged as the leader of the Soviet Union after Stalin’s death in 1953, one of the first things he addressed was the housing shortage and the need for more food. At the time, thousands of people were living in cramped communal apartments, sharing one kitchen and one bathroom with sometimes up to 20 other families.

“People wanted to live in their own apartment,” says Sergei Khrushchev, the son of Nikita Khrushchev. “But in Stalin’s time you cannot find this. When my father came to power, he proclaimed that there will be mass construction of apartment buildings, and in each apartment will live only one family.”

They were called khrushchevkas — five-story buildings made of prefabricated concrete panels. “They were horribly built; you could hear your neighbor,” says Edward Shenderovich, an entrepreneur and Russian poet. The apartments had small toilets, very low ceilings and very small kitchens.

But “no matter how tiny it was, it was yours,” says journalist Masha Karp, who was born in Moscow and worked as an editor for the BBC World Service from 1991 to 2009. “This kitchen was the place where people could finally get together and talk at home without fearing the neighbors in the communal flat.”

These more private kitchens were emblematic of the completely new era of Soviet life under Khrushchev. “It was called a thaw, and for a reason,” says Karp.

“Like in the winter when you have a lot of snow but spots are already green and the new grass was coming,” says Russian writer Vladimir Voinovich. “In Khrushchev times it was a very good time for inspiration. A little more liberal than before.” 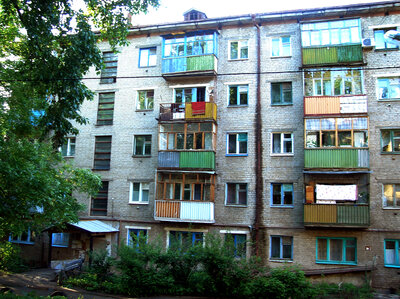 The exterior of Khrushchev-era apartments in Kazan, Russia.