Book: The Structure Is Rotten, Comrade,

By Yann Kebbi and Viken Berberian

An impressionable young diaspora Armenian returns to his ancestral homeland to rid its capital of its Soviet heritage and rebuild the city anew. It’s a familiar story in post-Soviet Armenia.

But for Frunz, the hapless but well-meaning hero of Viken Berberian and Yann Kebbi’s new graphic novel The Structure is Rotten, Comrade!, “rebuilding” Yerevan is meant literally – he is an architect set on physically transforming the city.

Berberian, a Beirut-born novelist and essayist, has lived in Yerevan for the last four years, a turbulent time for the city. So it’s no surprise that his Yerevan, brought to life by the Paris-based illustrator Kebbi, is littered with cranes; its residents narrowly avoid wrecking balls on a daily basis. Much of this is the doing of Frunz’s father Sergey, who is known as “Mr. Concrete” and directs the tragically misnamed Radical Architecture Department (RAD). The book opens with Frunz having dropped out of architecture school in Paris and joining his father’s business.

But the father and son’s bold visions prove their undoing. The city they regard as a blank canvas for their experiments is home to a million people who do not take kindly to this relentless “redevelopment.” In an absurdist twist, they compensate evicted homeowners with original Alvar Aalto stools, and see the citizens’ ingratitude as evidence of their inability to grasp the architects’ genius.

Ultimately, though, Frunz and Sergey prove to be little more than enablers of oligarchs’ wholesale destruction of the Armenian capital. “The structure is rotten, comrade!” one resident screams at Frunz. 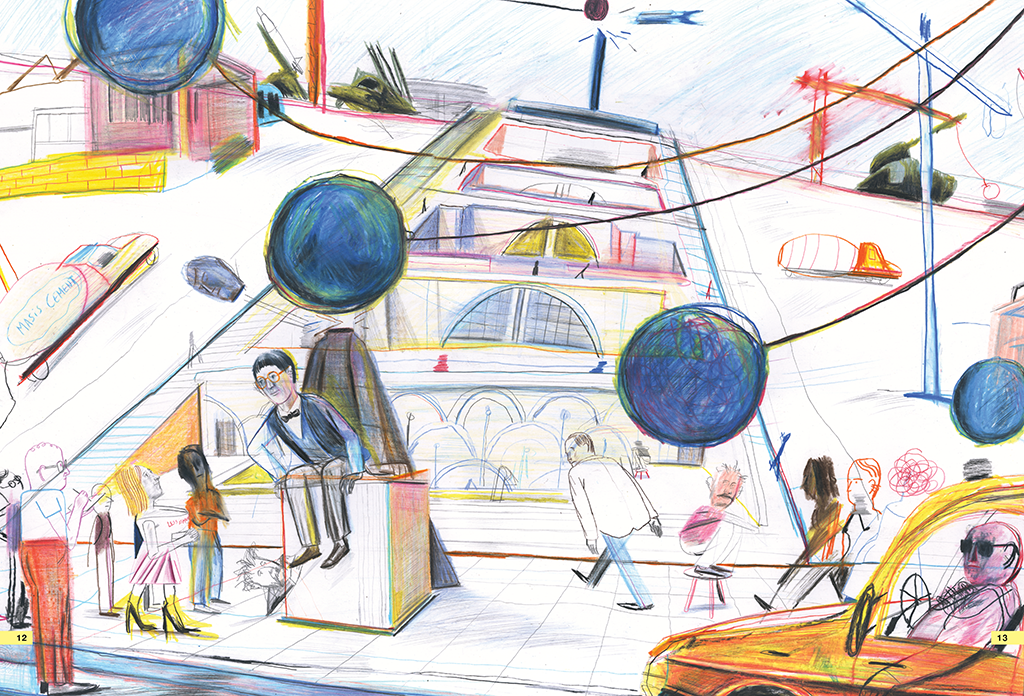 The parallels with the Armenian capital’s predicaments are obvious to anyone who has strolled down Yerevan’s Northern Avenue, where empty luxury apartments tower over outlets of luxury international brands. There is an increasingly common sentiment that downtown Yerevan is no longer a city for its residents.